Professional sports produce arguably the most public observable leadership lessons than any other profession. Yes, even more than the U.S. Armed Forces, note I said observable to the public.

The New York Yankees, Major League Baseball team honored their former Shortstop, Derek Jeter, by retiring his number and immortalizing him in their Monument Park. The Yankees are the most storied sports franchise in the history of sports. Of the 111 World Series games played, the Yankees have appeared in 40 and won 27.

What is the formula to the Yankees long-term success? One could go on and on about talent, buying players, minor league farm systems and the like. I will focus on the number of leaders they had on the team.

The Yankees, over the tenure of Derek Jeter, had what was known as the “Core Four” Derek Jeter, Andy Pettitte, Jorge Posada, and Mariano Rivera. These players, all with obvious talent, brought more to the Yankees than their superior baseball skills. They brought leadership ability. 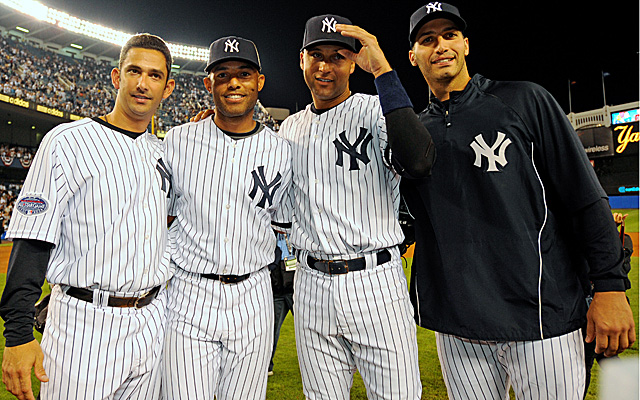 A leader does two things for an organization; regardless of industry. They produce results, and they inspire those they lead to achieving at levels beyond expectations.

Organizations that focus on producing leaders will always outperform the competition.

Am I saying everyone should be a leader? If that is the case, who is following?

The answer is yes. Ideally, you want everyone in your organization to be capable of leading. Well trained, and educated leaders understand that the first rule is to lead oneself. That means do your part for the team, the organization, as well as self. Leaders subordinate self for the good of the team and organization.

The second rule of sound leadership–inspire other members of the team. They genuinely care about those they lead. Leaders behave on and off the field as exemplars worthy of emulation. Leaders do not embarrass themselves, their team, and organization.

There is a third rule of sound leadership—develop future leaders. Great leaders are focused on the success of the task, the team, and the organization. Part of ensuring the future is to enable others to step up and lead. When the time comes for leaders to depart, it comes for all; the organization must continue. The mission, the task, must continue to be completed.

Organizations with significant numbers of leaders are known for winning. Losing a valued member of the leadership team does not stop the long-term success of the organization.

Teams/Organizations known for having scores of leaders—the New York Yankees, Apple; the United States Marine Corps. The Marines train every individual Marine to be a leader. As one can well imagine, the stakes are high in defense of this Nation and failure is not an option. The Marine Corps expects all to be able to step up and lead.

Is your business investing in developing leaders? Or are you chasing talent? I have met and worked with many a talented individual that no one would follow to the parking lot at quitting time.